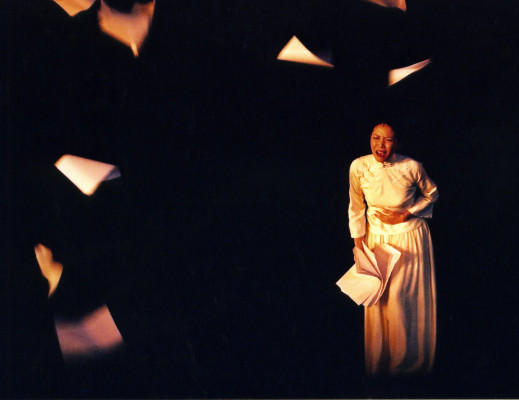 A play about one of the most legendary contemporary Chinese female writers. The production begins with a famous British television game show “Weakest Link,” one of Eileen Chang’s favorite shows. The play takes the audience into the wardrobe and photo albums of China's "first and foremost material girl", in search of the writer's glamorous possessions—her fame and talent, the people she loved, the clothes she wore—and the Eileen Chang who spent her last days alone and passed away quietly in Los Angeles. The play walks the audience through a hundred years of Chinese fashion and the evolution of the modern Chinese woman.

Written and Directed by Edward Lam